If you prefer to use regular seeds rather than feminised, it is important to separate the males from the females, unless you plan to allow pollination to occur so that new seeds can be formed. In the early stages of vegetative growth, it can be very difficult to distinguish between the two sexes, but after a few weeks tell-tale signs may begin to emerge.

Once the young plant has put out three or four sets of leaves, the nodes that join the leaf to the stem often display early signs of gender. Female “pre-flowers” often exhibit two wispy green shoots, that in time will develop into the first calyxes. Male pre-flowers do not put out these wispy shoots, and instead they first appear as two smooth green bumps between the leafs’ stems and the stalk.

Male cannabis plants generally mature significantly earlier than females, and so the first signs of pre-flowering also occur earlier. This means that an observant grower should be able to spot the males and separate them out before they have the chance to mature and pollinate the females. However, it is important to remember that even apparently female plants may exhibit hermaphrodite tendencies, so growers should remain vigilant through the flowering period. 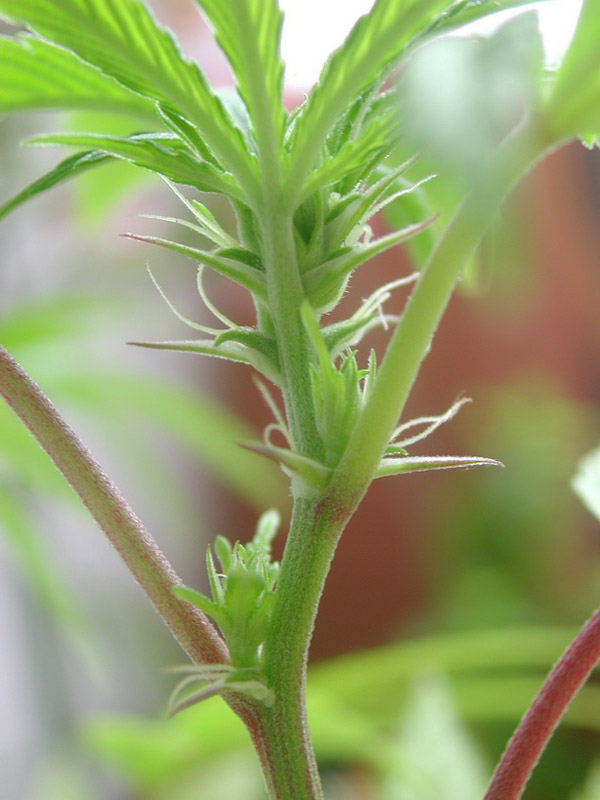 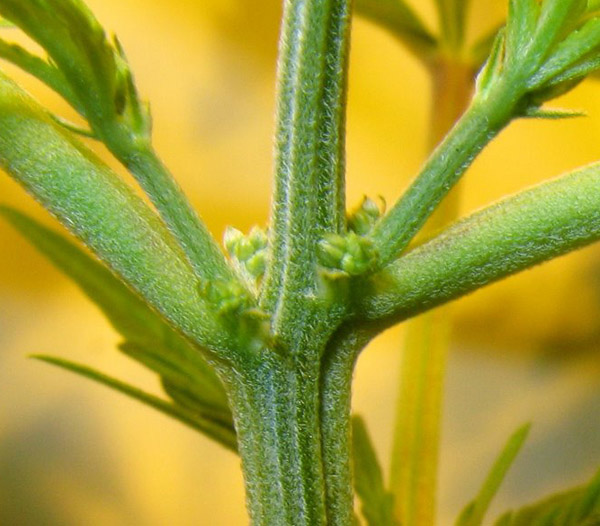