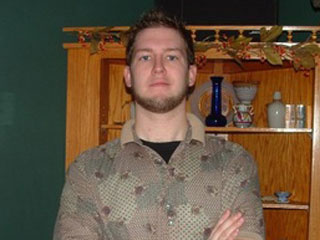 I am still trying to understand this story.

A 20 year old student, Derek Copp posts some videos on the internet with some drug references in them.

The police storm into his apartment in the middle of the night and shoot him in the chest as he lies in his bed.

It doesn’t take a rocket scientist to see that something very fucked up is going on here.

Sorry to swear – but I don’t think there is any other word that fits this.

Wow – he likes to smoke a bit of weed. So do 86 billion other people. Why aren’t the police breaking down all their doors and shooting them if this is how they carry on?

He had a tiny bit of marijuana in his apartment. Tiny.

What is going on with the police in Michigan? Is it normal for them to behave like rabid dogs?

He just got out of hospital. I wish you well mate and I hope you go after these animals with a very competent lawyer. I would be more than happy to donate some money to a legal fund.

Turns out this the  fifth police shooting of a citizen in Western Michigan’s Ottawa and Kent Counties so far this year. WTF.