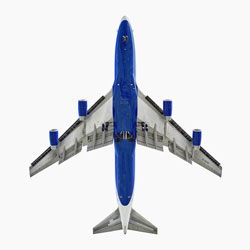 I have seen a few guides about the best way of doing this, most of which look like they have never been written by anybody who has actually taken weed with them through an airport.

This is not a ‘shove it in your pants’ type article, it is written from experience.

This method has been tested several times flying from a popular Spanish airport into major London airports several times with no problem.  It works brilliantly for small amounts of weed.

If flying into the UK you should also be aware that back in 2014 it was announced that border guards would not arrest passengers with small amounts of drugs.

It’s just far too much trouble for them.

1. Look like you are entitled to be doing what you are doing.

This is one of the most important aspects of travelling with weed. If you can’t manage this then you probably shouldn’t bother in the first place. Don’t look scared.

It may help to remind yourself that what you are doing is not wrong, and, importantly, they’re not looking for your quarter of weed, which generally they are not. You are completely entitled to do what you are doing, the law is many many years behind. These kinds of things.

2. Grind the weed up first and double seal in bags

Let me explain the logic here. You cannot avoid putting some bag through a scanner, so when you do you may as well have everything looking completely normal to the eye.

Grind your weed into a powder, and then, put it in a sealable smell proof bag, twice.

So now it’s just a case of getting your bag of sealed powdered weed into your trusty Thermos flask. Roll it up and gently push it into the chamber of the Thermos.  Thermos flasks have a powerful vacuum seal and also have a convenient place to put your small amount of herbs.

The point about this is that even with a super magic machine that can look through various materials, your weed is just going to look like some powder in a bag in a thermos.

It is not an unusual thing to put a bag of powder into a thermos. Coffee. Sugar. You see what I am saying? It doesn’t look like lumps of weed. It’s not going to attract any unnecessary attention.

Believe me, this actually works. I have walked past airport police dogs in London with weed in my bag just like this with absolutely no problem.

Yes, now just put the flask in your checked luggage and when you get to the airport check it in and then you can immediately relax as your bag will go through to the plane without problem.

No point whatsoever in trying to sneak stuff past the security you have to go through to get on the plane. Far too difficult.

Once you have checked your bag in if it only has weed stashed inside this way the chances of it not making it through to the aeroplane are absolutely infinitesimally small. (Just don’t travel via Russia.)

How ridiculous that you have to go to such ridiculous lengths to guarantee yourself a little comfort at the end of a flight. Things are changing though.