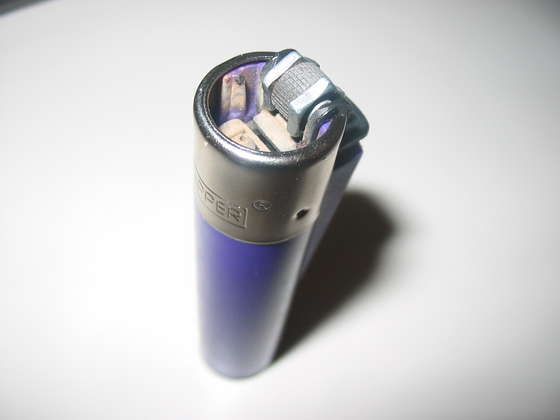 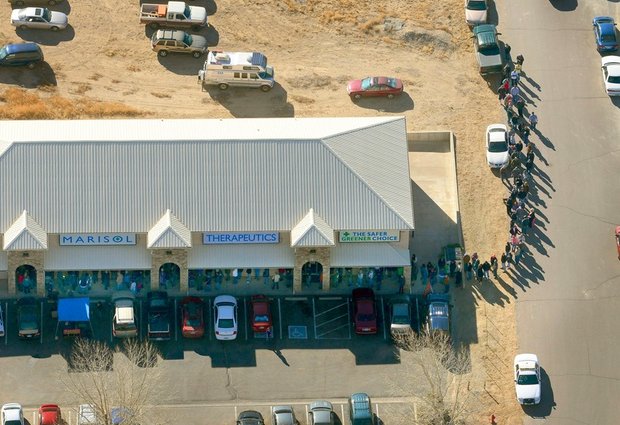 People waiting in line to buy legal cannabis from a shop

Hash houses were common in the US in the late 1800’s and most major cities had one – where like minded folk could get together to socialise and toke. They were not advertised as such, and were semi-secret.  It wasn’t until 1910 that the dark shadow of cannabis prohibition began to spread around the world. Of all places, it started in California.

The war on cannabis has lasted just over 100 years. This is the beginning of its’ death. And not a moment too soon, the plant has always been linked to us.

In a rare and beautiful example of democracy actually working for the people, Colorado and Washington states legalized the sale of cannabis for recreational purposes.  55% of Coloradans voted for ‘Amendement 64‘ allowing them to legally possess up to one ounce of cannabis or to give an ounce to somebody else. It also allowed recreational sales of cannabis to residents and non residents of Colorado (although non residents are limited to a quarter ounce).  The weed shops can’t be within 1000 feet of schools.

37 stores previously only selling medical marijuana flung their doors open to en eager general public. Denver has 18 of them. Smoking weed in public has not been legalized, however and people are also allowed to grow up to 6 plants at home.

The Gallup polls have never reflected such a high percentage of Americans in favour of legalizing cannabis. There has been a 10% surge in the last year, something undoubtedly affected by the miracle cannabis stories coming out of the US – from Rick Simpson to Charlotte Figi. People want this. This chart below from the Washington Post shows the changing opinions of men, women, republicans and conservatives over the years. 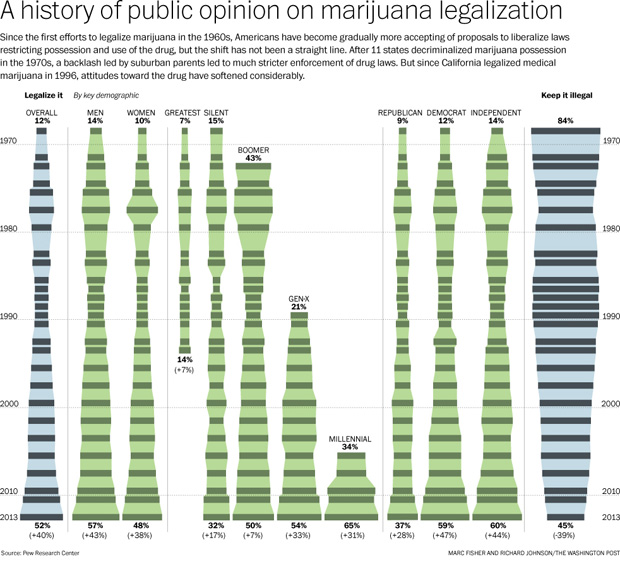 These legalization actions have even been endorsed by Obama who recently declared cannabis to be safer than alcohol. Something most of use have known for a long time. Nevertheless it’s nice for Obama to acknowledge this and in doing so set off a worldwide tidal wave of cannabis legalization and decriminalization.  Something many thought we would never see in our lives. He then went on to clarify what he was taking about in a TV interview. Saying:

Possibly the biggest understatement of the decade.

Unfortunatley, though, Obama’s just can’t get the feds to budge who despite all recent actions, remain like a broken record, with their cannabis is a dangerous drug song, despite a DEA judge stating that 10 potatoes are more dangerous.

There’s nothing like doing proper research and CNN reporter Randi Kaye turned heads when she appeared to actually get stoned during her reporting of people getting stoned. Who would have thought it.

But not that much happened. The purported 37 deaths tuned out to be a hoax – of course. Some idiots believed it though.

Long relaxed lines formed. People bought weed then went home. Nobody died or got beaten up. There was no trouble at all, pizza outlets rejoiced and chocolate sales rocketed. Over a million dollars worth of cannabis was sold in one day!  Some people happily waited for over three hours to get served. Others drove all night from out of state to enjoy the historic moment. 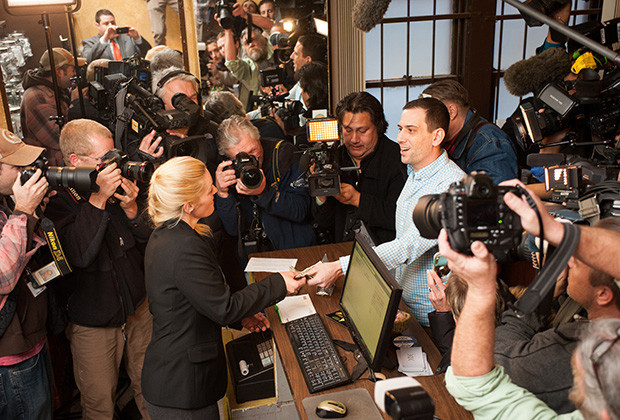 The impact of this has not been small.  Tourism is up in Colorado, their unemployment rate is below the national average and university applications have increased.

One shop sold three months supply of edibles in three days. Lots of money changed hands – and lots of taxes were generated. It is now estimated that in Colorado alone, legal weed could generate over $117,000,000 in taxes each year.

California may not follow until 2016 –   At this rate, cannabis could be totally legal throughout most of the US by 2017.

The medical implications have also been huge, like the finances. People around the US are hearing the incredible stories about the healing properties of cannabis extracts, particularly for children. Hundreds of  families are actually relocating to Colorado so they can help their children.  Sanjay Gupta’s documentary has without doubt been instrumental in getting the word out about medical cannabis.

“We’re doing things here that aren’t happening anywhere on the globe. It opens a whole new world of living to them.”

Says Margaret Gedde of the Clinical Institute for Cannabis Medicicen.

But what to do with all this money?  The Obama administration recently issued guidelines to banks about how to deal with marijuana businesses but as you could imagine banks are less than enthusiastic given the illegality of cannabis on a federal level.  Some have started to deal with weed, however.

This is the beginning of a huge shift in policy – just like the end of alcohol prohibition in 1933.  Chile now has its own cannabis TV channel, Geneva are discussing full legalization, Jamaica are creating new laws – even the Italian army are starting a grow. And then there’s Uruguay.

Economics drive our societies – in pretty much every way. Weed is a huge part of every economy so ultimately cannot be ignored, especially in times of  economic hardship.  Even in the UK.

The governor of Colorado has been warning other states – saying this is an experiment. He’s wrong.  The experiment, which has failed, has been cannabis prohibition.

Welcome to the future.

1 thought on “Is this the beginning of worldwide cannabis legalization?”