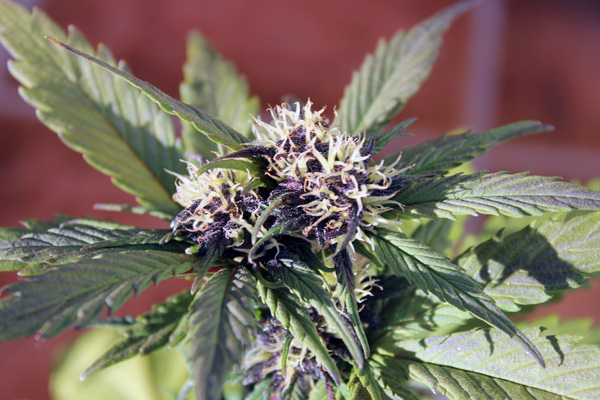 Almost any of the great minds who choose to consume cannabis will usually in some way or form, have one warning for others amongst the many benefits: High doses without a few days break will only ever impede your livelihood, demotivate you and fog your memory in the long term.

I have to be especially vocal about the benefits of the plant to reduce harm because right now I live in a country where the government actively tells people cannabis DESTROYS lives and somehow causes psychosis despite so much evidence for the contrary. Every day another user is put behind bars, a life efficiently destroyed for the benefit of the state.

People all around me hold unscientific and heavily biased views, creating a dichotomy between “stoners” and “sobers” which will only obscure the truth and impede legalisation (which if you don’t already agree should happen, has irrefutably reduced actual crime and reduced the harm of all drugs in society markedly)

But back to those “dangerous” daily high doses. No natural cannabinoid has been shown to have neurotoxic effects in humans. Any effects from consumption are temporary and don’t trust anyone who argues otherwise because there is no chemical mechanism to support that idea.

Even in people prone to hyperemesis from extreme use (vomiting unless they smoke pot) this side effect goes away ~3 weeks after the last inhale. Even in developing brains the evidence for any harm is not clear and exaggerated.

When you consume daily though, you will start storing CBD, THC, and THCV in fat deposits. CBD is extremely beneficial for almost anybody as it isn’t a drug, it doesn’t bind to (agonize) CB1 or 2 receptors directly, instead allowing the body’s endocannabinoids to bind easier. This is why the government can’t keep it prohibited on the grounds that it’s psychoactive, because it isn’t. Even bigots have to abide by the laws of biochemistry when drafting their oppression systems. CBD is our foot in door for full cannabis decriminalisation.

THC is first and foremost a CB1 agonist, and secondary a psychedelic. CB1 agonism is where THC replaces anandamide your body produces in the receptor, creating the wellbeing, sedative, pain relief and demotivating effects. It’s also psychedelic though, so will directly enhance creative thinking and immersion in any tasks you are performing. Unlike LSD or psilocybin, this effect is typically mild because CBD actively stops THC being absorbed into the receptors.

Almost all of the perceptual and long term pro cognitive effects of cannabis, come from THC. I repeat this a lot, but no one seems to understand: In the long term neither THC, nor other psychedelic use, causes manic psychosis in healthy adults or adolescents, a proven fact. Only in people with schizophrenia or other rare genetic differences is this a risk worth mentioning.

Even though I describe psychedelics as mania inducing drugs, this is only for the duration it is in your brain, you get too high one time? Just breathe and you’ll be back to normal in a few hours.

THC-V is produced in low concentrations when you smoke or vaporise weed at high temperatures. It is more potent at agonising the receptor and has stronger sedative, anti-insomnia effects than THC. If you smoke daily your body has to process more of this stored cannabinoid which explains the lethargic effect of ritual, daily smoking.

So what does this tell us? Depending on who you are you can almost certainly benefit from all 3 major cannabinoids’ effects. If it wasn’t for discovering the anti-insomnia effects of the plant I would have found 6th year and uni days impossible due to my chronic ADHD making a healthy sleep pattern impossible. I wouldn’t have been able to function during my lowest depressions if it weren’t for the relief I feel after a vape. If it weren’t for the pain relieving aspects of daily use many of my friends would not be able to leave the house.

But if it weren’t for the side effects I described at the start, the gradual demotivation, lethargy, confusion and memory inaccessibility that comes with high, uninterrupted THC use, I would be telling people it’s okay to use it every day. You’ll notice I’ve never advocated for that in my writings, not for anyone who doesn’t have a genuine medical condition (epilepsy, insomnia, chronic pain, cancer etc.) To think that any tool humans have discovered has only positive effects is silly.

Your brain, if you are healthy and usually somewhat grounded like me, is a genetic machine derived from the experiences of every human being in your lineage. It goes through natural depressions and manias according to your own experiences, where you feel like those traits hide and come out on their own accord.

When you take any drug, yes you are impeding or allowing those connections to work better. The number one myth about drugs is that just because they replace neurotransmitters they are distancing “you” from your natural processes, the direct opposite is true for psychedelics as they are more efficient than natural serotonin. Anyone who’s “felt more alive and more themself” than they had before taking them knows this.

The same is only half true for pot use.

Terence Mckenna, while introducing the west to traditional entheogen use advocated that people do as he said and not what he did when it comes to cannabis (he is famous for being one of the most vocal and heavy potheads in the world). He recommended people use it no more frequently than once a week, due to the negative effects compounding only after days without a break and the tolerance to THC.

He blamed his inability to moderate his use on his love for the effects, and the mild addictive quality to the softening of anxiety that the plant brings. I strongly think he openly used it every day because he wanted show an intellectual genius can choose to be a stoner and still appear 100% to anyone else. Say what you want about his later theories being too fantastical, his abilities and personality had no signs of diminishing even though he became more distant from society and his family (truly the two most beneficial yet damaging cages a creative person can be trapped within).

I’ve had the joy of figuring this out in just a few years of living in the pothead centre North East Scotland as an afro’d musician who dresses in paisley and wears bellbottoms. I am surrounded by amazing and well-meaning people who are open to new understanding and interpretation of age old issues, and but some of the attitudes towards pot use are outdated to say the least. I can only hope the mass media loosens it’s fiercely unchanging stance on psychedelic and cannabis derived drugs as some devilish taboo unworthy of daily conversation and celebration…

In the words of the great George Harrison

“Floating down the stream of time, of life to life with me
Makes no difference where you are or where you’d like to be
It’s all too much for me to take
The love that’s shining all around here

All the world’s a birthday cake
So take a piece but not too much
Set me on a silver sun, for I know that I’m free
Show me that I’m everywhere, and get me home for tea

It’s all to much for me to see
A love that’s shining all around here
The more I am, the less I know
And what I do is all too much