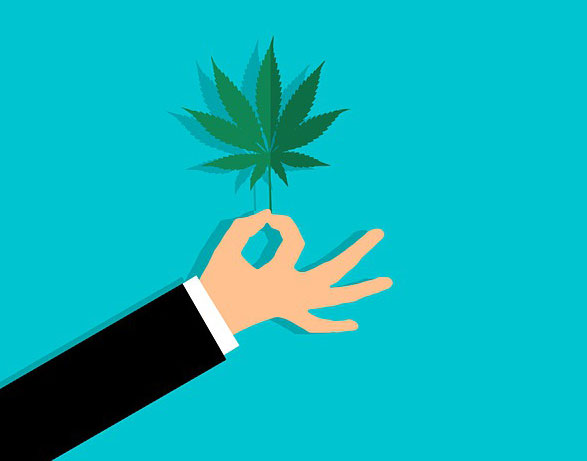 There has been much talk of CBD (the non-psychoactive component of the cannabis plant) and with a good reason.

Studies show that this component is more powerful than we thought and has numerous health benefits which are often shadowed by the controversy surrounding the popular plant.

You have probably heard that many people use marijuana or CBD to alleviate pain, reduce anxiety and depression, etc. But how exactly does it work? Here is everything you need to know about using CBD for pain management.

There are over 60 components in the marijuana plant and CBD (cannabidiol) is one of the two main ones (besides THC). CBD is non-psychoactive which means it doesn’t get you high. THC gets you high while CBD calms you down.

In fact, CBD is the component that researchers are so interested in and not THC. It has been shown that CBD can help reduce the symptoms of various medical conditions but without the usual marijuana high. CBD has anti-inflammatory properties and it is known for its pain relief effects.

There are many CBD-based products and if hemp-derived CBD is used, none of them can make you high.

What Are the Effects of CBD?

The endocannabinoid system is responsible for bodily functions such as movement, sleep cycles, digestion, as well as memory, appetite, and other important functions. CBD is a cannabinoid which means that we have natural receptors which process CBD.

CB1 and CB2 receptors are the primary receptors in our endocannabinoid system. The first one is mostly present in the brain and spinal cord while the latter is found in the immune cells.

When THC binds to CB1, it affects our ability to focus, our decision-making skills as well as other important functions. THC leads to the release of dopamine, the hormone responsible for making us feel good. This is the marijuana high that we know of.

CBD doesn’t have the same effects. On the contrary, while CBD does interact with the receptors in our brain, CBD ability to bind to the primary receptors is limited. However, it alters the shape of CB1 receptors.

That means other cannabinoids cannot bind to them. CBD releases the fatty acid amide hydrolase enzyme which leads to the feeling of relaxation. Some studies show that people who used marijuana had less need to use pain medicines.

Marijuana has been used as a natural remedy for centuries. Nowadays, cannabis is most often used for pain relief purposes.

Many studies have been conducted to explore the effects of CBD for pain management. A study published in 2017 showed that CBD helps with joint pain. It has also been shown that topical application of CBD is more efficient than CBD taken orally.

According to a 2008 review, it was concluded that CBD is very successful in pain management without any known side-effects. It is recommended for people with chronic back pain and research suggests CBD is also helpful in treating migraines, multiple sclerosis, and arthritis.

There are many CBD-based products such as creams, edibles, sprays, and oils. CBD oil is often used to help with chronic pain.

CBD oil is an increasingly popular product is used to treat various conditions. Even though there is insufficient clinical evidence to prove it, there are reasons to believe that CBD oil can help with pain, acne, cancer or even Alzheimer’s disease.

The oil, which is extracted from the plant, is applied topically. Due to the legalization of marijuana, CBD oil is available almost everywhere. It is not legal in all parts of the world but it can easily be bought online.

CBD oil can also be bought in the form of creams and sprays as well. It can be used for a number of conditions such as:

Chronic pain is a common problem which can disrupt your entire lifestyle. It affects your sleep cycle, mood, appetite, and as a result, it affects your productivity and the overall quality of your life. CBD has the potential to reduce these symptoms and improve the quality of your life. Not only can it normalize your sleep cycle but consequently, it can increase your appetite and improve your mood.