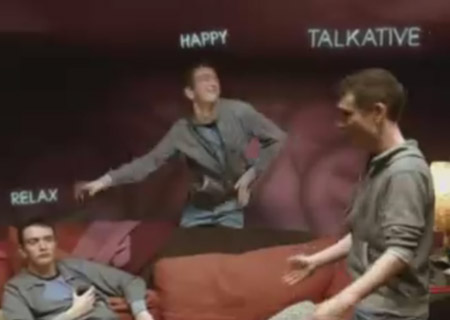 The UK government seem to be demonstrating their naivety of cannabis more and more frequently.

Having changed the status of the drug wrongly, and against advice they have now released what can only be described as the most ridiculous anti-cannabis advert I have ever seen in my life.

A bunch of young guys running around a room with different words above their heads.

Highly imaginative stuff. Whoever thought that one up should be promoted to chief dick head.

Be warned – this may put you off smoking cannabis, if you are incredibly stupid.

Somebody agrees with me:

“Unfortunately there is also little evidence to show that mass media drug awareness campaigns have been very effective, or effective at all, even if they can serve the political need of being “seen to be doing something.”

Apparently this campaign cost a mere £2 million. Paid for by the public whilst in the shadows the UK government are secretly growing and exporting cannabis. The hypocrisy is stunning.